What to produce on agricultural lands: crops or electricity? 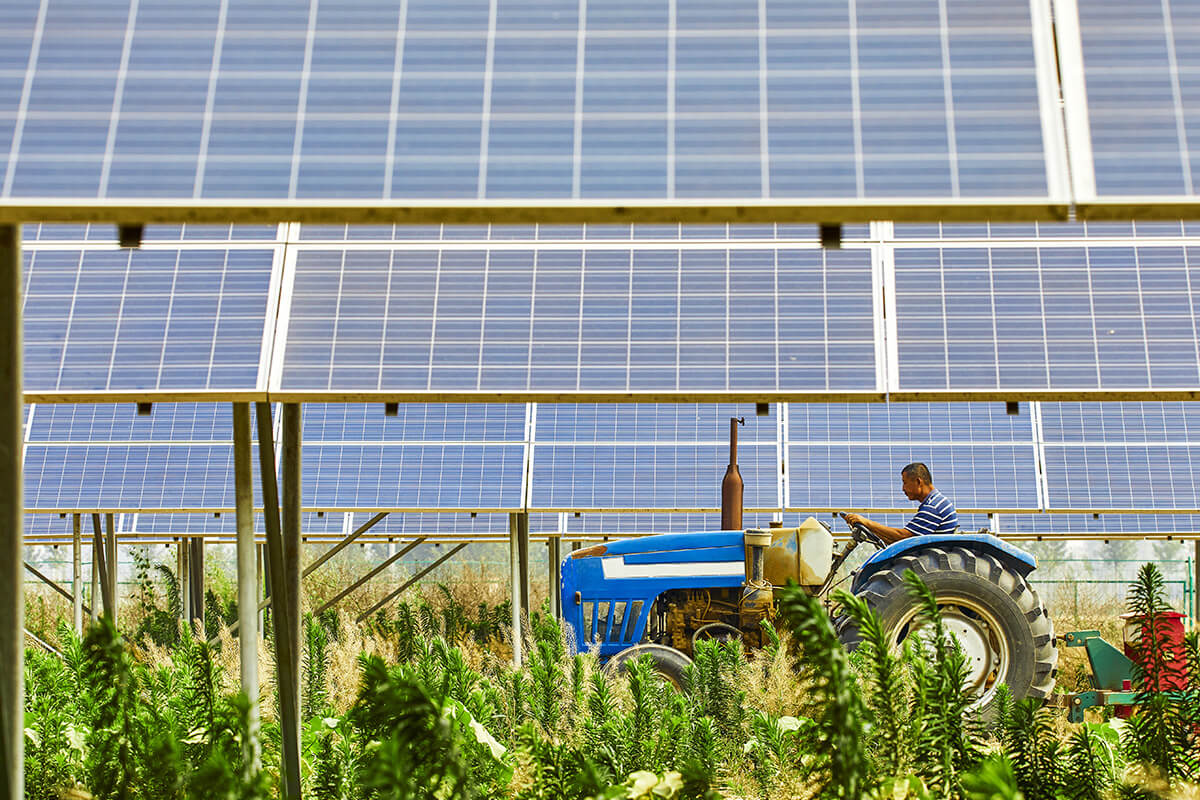 In many places, instead of wheat, corn, carrots and tomatoes, the land will soon generate electricity in Hungary. This is seen as a harmful process by many people, primarily those who make a living from agriculture or related activities, while such developments are regarded as compulsory by those supporting clean electricity generation. But looking at these two adverse opinions, what is the truth?

The quality of agricultural land is officially determined in golden crown which is an indicator of the profit-producing capacity of a unit area of land, based on its location, nutrient content, water supply and physical cultivability. In Hungary, the average value of 1 hectare of ploughland expressed in golden crowns is 19. However, based on national regulations, the quality of land must always be determined in relation to the settlement average. The land suitability rating is registered in the Land Registry Office and is also shown on the title deed of the property.

Where and where not to install a solar park?

Currently, the legislation allows the withdrawal of a given area of land from agricultural production based on the value of the golden crown.

“It is important to emphasize that Hungary has the strongest level of legal protection of land in Europe, which means that one cannot just pour concrete on a given area of land. As a general rule, an industrial park, a brick factory, or a solar park can be built only on arable land in the vicinity of the settlement, which is below the average of the golden crowns of the lands of the same cultivation branch located in the settlement. This ensures that only lands of lower quality in relation to the settlement can be utilized for non-agricultural production purposes”, asserts Gábor Farkas, Manging Director of SolServices Ltd.

Lands used for industrial purposes can only be recultivated after a long period of time, but one of the few exceptions is solar power generation as the construction of a solar park does not require serious disturbance of the area, the mounting structures of the solar panels can be installed without concreting.

“Soil fertility does not deteriorate, but rather improves as the chemicalization associated with intensive agricultural cultivation is typically followed by a 20-25 year rest period. Moreover, there are already solar parks in operation around the world based on the 2-in-1 approach, where beehives stand at the base of the panels or plants with lower light requirements are grown”, says Gábor Farkas.

There is another important factor related to this system, namely that solar panels cover just over half of the total area of the solar parks, the rest must be maintained for the service infrastructure and the safety zones so those areas will certainly remain intact.