Lumen Park Szolnok: the trial operation has started in the largest solar park in Hungary with a built-in capacity of 138 megawatts 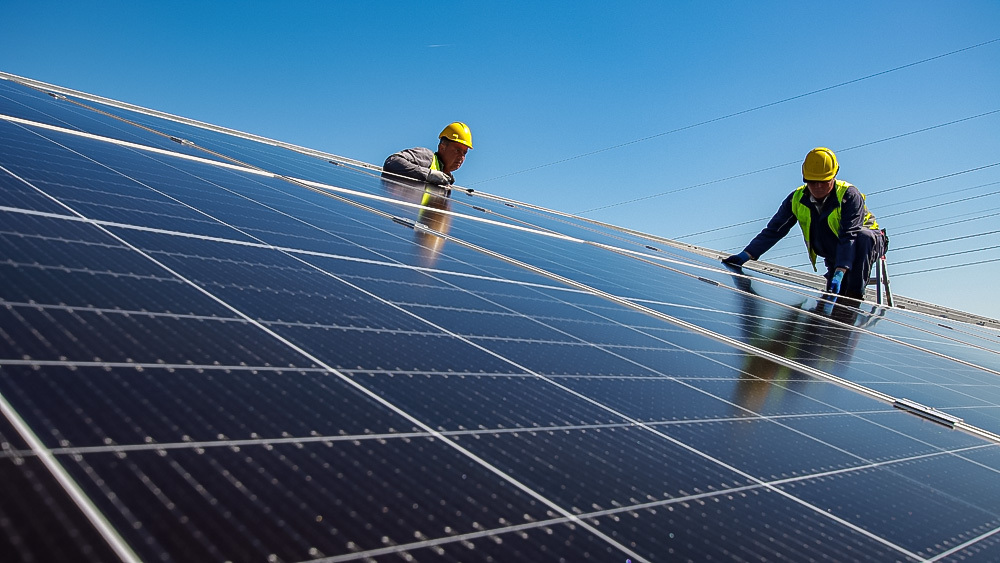 As the construction of the transformer substation and high voltage transmission line to the local MAVIR TSO substation has been finished and the installment of the photovoltaic panels to the frames has been started, the trial run of the largest solar park in the country has started. The next-generation nature-friendly Lumen Park Szolnok with a built-in capacity of 138 megawatts is the SolServices group’s first own investment and will be one of the largest solar parks not only in the country but also in the CEE region as well. The facility is located on the outside of the M4 motorway which bypasses the city from the north. Lumen Park Szolnok protects the atmosphere from CO2 emissions of about 39,000 tons per year, which is equivalent to the CO2 capturing capacity of 274 hectares of oak forest – three times the area of Tiszaliget in Szolnok – annually.

The importance of the solar park which consists of two solar power plant facilities is well illustrated by the fact that, once completed, it will be able to generate enough green electricity to cover almost half of the county’s total residential electricity consumption. Its positive impact is also significant in terms of climate protection as well.

The building process of the solar park started in the summer of 2021 and is expected to be completed in the third quarter of 2022 at the latest. The construction of Lumen Park Szolnok is also a milestone in the life of SolServices Group, market leader in Hungary in the field of developing large-scale solar parks: this will be the first solarpark of the group to be built and operated in-house.

“I am glad that we managed to agree with the investor that this development could take place here. Lumen Park Szolnok is an important investment for the city, which will put Szolnok on the energy map not only of Hungary but also of the region. The solar park will be an important partner for the city for at least 25 years. The amount of the local business tax provided by the solar park will support further environmentally friendly developments in the city, which will soon make Szolnok a truly green and even more livable city for residents” – said Ferenc Szalay, Mayor of Szolnok.

“Lumen Park Szolnok is a unique PV power plant as it will be the first next generation, nature-friendly solar park in the country. The park will not only produce green energy but will provide an ideal habitat for the flora and fauna of the region, and the soil depleted during decades of agricultural production will be refreshed as well” – said dr. Gábor Farkas, Managing Director of SolServices.

The most important virtue of the next generation solar parks is that they maximize the positive impact on the environment. Experts create a vegetation cover in the area that fits into the landscape requiring minimal care and creates a good living environment for the animals from insects to birds, small mammals and rodents.

Lumen Park Szolnok will be an important tool for demonstrating the potentials of solar technology and environmentally conscious energy production solutions. SolServices pays special attention to expanding knowledge on sustainable living. “As our projects are long-term, Lumen Park Szolnok will be a dominant industrial facility in the area for at least 25 years. We strive for continuous contact and common thinking with the local communities. Lumen Park Szolnok will provide an opportunity to introduce elementary and secondary school students to the technology of photovoltaic energy production, the underlying physical and chemical processes and how electricity production and environmental protection can be brought into symbiosis” – emphasized dr. Gábor Farkas, who also said that the aim of SolServices is to participate in the cultural and sports life of Szolnok and the surrounding settlements as well.

← SolServices held special classes to students on solar energy in Szentendre In an energy crisis, reducing dependency is the way forward →