Students learnt about ways of using solar energy in Szászberek 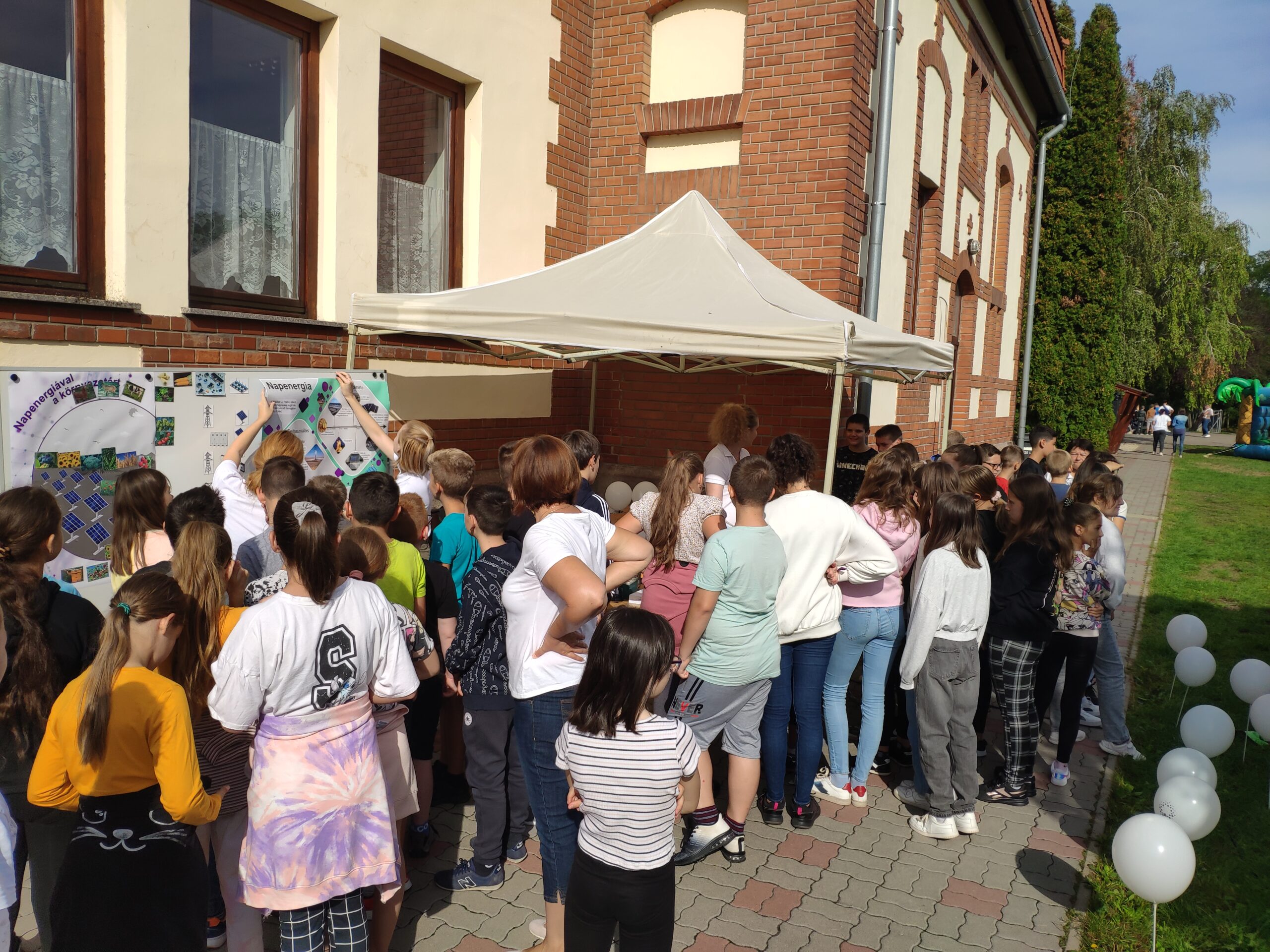 At the beginning of September, SolServices employees introduced the pupils of Kolping Catholic Primary School in Szászberek to the secrets of solar energy. The pupils of the primary school – from first to eighth grade – were introduced to renewable energy sources and the operation of new generation, nature-friendly solar parks through interactive games and a field table presenting renewable energy sources, including solar energy.

The students were also shown how electricity works, from solar panels to the socket in the home. They had to work together on a magnet board to put together the path of electricity from the producer to the consumer using different markers – solar panel, inverter, transformer and wires.

“One of our most important voluntary missions is to raise awareness: to showcase renewable energy sources, including solar energy. For children, our explicit aim is to demonstrate in a playful and age-appropriate way how electricity is connected to the power socket, how to generate electricity in an environmentally friendly and nature-friendly way using solar energy. The demonstration in Szászberk is particularly apropos for the fact that the construction of the second new generation solar park of SolServices, which is being realized by the company’s own investment, will start this year in the outskirts of the settlement” – said Dr. Gábor Farkas Farkas, Managing Director of SolServices Ltd.

← In an energy crisis, reducing dependency is the way forward