Sarmatian artifacts have been found at Kiskunhalas 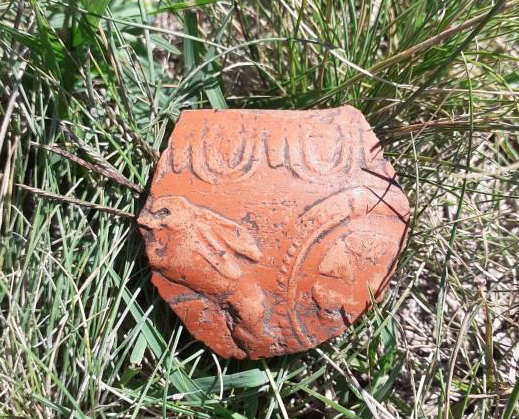 Archaeologists found buildings and artifacts related to the Sarmatians, including, among others, ceramic fragments, glass jars and beads, as well as toy discs in the area of the Kiskunhalas solar park under construction – informed József Katona Museum of Kecskemét and SolServices Ltd. the MTI (Hungarian News Agency). During the archaeological excavation on the border of Kiskunhalas in the summer, the staff of the institute excavated, among others, eight buildings deepened into the ground, at least three pile-structured surface buildings, as well as forty trenches, more than four hundred pile remains, about two hundred pits and three wells.

According to Gábor Wilhelm, chief archaeologist of the museum, only artifacts related to the Sarmatian ethnic group were found during the excavation work, but two time horizons can be distinguished on the basis of archaeological buildings and objects.

Related to the first time plane which is the AD second-third century, the early Sarmatian period, large quantities of hand-made ceramic fragments, Roman painted bowls, pots, glassware, and terra sigillata have been discovered as well. The expert added that the vast number of Roman products found among the artifacts suggest an active trade relationship with the empire. The later time horizon falls on the AD third-fourth century. Trenches with “U” cross-sections were excavated typically from this period, hiding red, green, and yellow glass beads, a toy disc, and various ceramic fragments.

According to Gábor Farkas, Managing Director of SolServices Ltd. financing the research, the excavation – which took place in an area of 7,711 square meters and covered the entire construction area – ensured the rescue of archaeological values, the preservation of historical values. He said, that as members of the local community, in addition to preserving environmental values, it is a priority for the company to preserve historical and cultural values of the region.

After processing, the findings will be exhibited in the János Thorma Museum of Kiskunhalas.